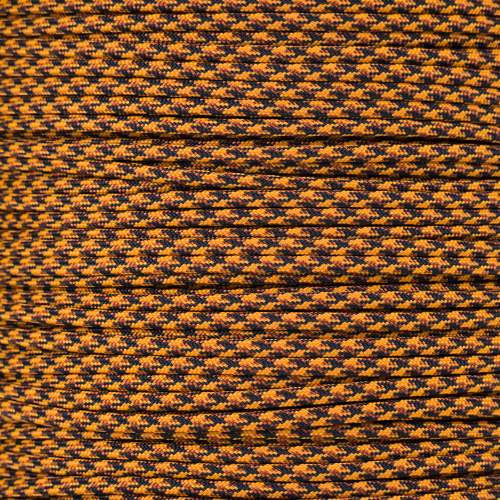 Type III 550 LB paracord is a commercial grade version of MIL-SPEC paracord.  550 cord is remarkably dependable and sufficient enough to be used for endless outdoor activities.  Some of the more popular uses of paracord are survival bracelets, lanyards, key chains, boots laces, zipper pulls, dogs leashes, and much more.

Paracord is composed of a lightweight kernmantle rope with many useful applications.  This particular type of paracord, called 550 cord, has a minimum break strength of 550 lbs consisting of 7 inner strands surrounded by a 32-strand woven cover that will not rot/mildew and UV resistant. Available in a variety of colors and MADE IN THE USA!

Parachute cord, commonly referred to as paracord, was originally used as suspension line for US parachutes during World War II.  During the 82nd Space Shuttle Mission astronauts used paracord to repair the Hubble Space Telescope.  Veterans returning to America from overseas brought paracord home and popularity spread quickly within the United States.  Paracord is now used as a general purpose rope by both military and non-military personal.